Browser Cookies
This site uses cookies necessary to properly function. By closing this popup, clicking a link or continuing to browse otherwise, you agree to the use of cookies. View our policies.

Synchronized skating is a specialized branch of skating distinct from the other figure skating disciplines. It generally involves a group of 8 or more skaters performing various group formations and maneuvers. ‘Synchronized’ refers to the importance of unison, the accuracy of the formations and the synchronization of the team. A well balanced synchronized skating program contains maneuvers such as circles, lines, blocks, wheels and intersections. The difficulty level of these maneuvers is enhanced by step sequences, free skating moves, holds and transitions incorporated into or between each of these maneuvers during the program.

For the upcoming season, we are excited to have 7 teams 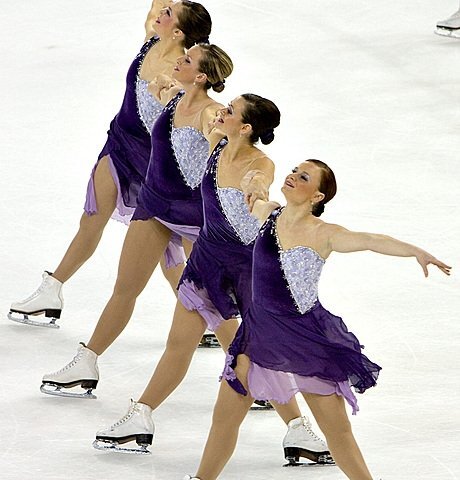 We are so honoured to have Cara Moir & Sheri Moir Desantis coaching our High performance teams as well as some of our Development teams! They started skating synchro here with Ilderton skating club and then were members of Team Canada 1 that captured the World title in 2009 in Zagreb, Croatia. This team was the first ever Canadian team to win GOLD at the World  Synchronized Skating championships.

They were inducted into the Skate Canada Hall of Fame in 2015 in the athlete category. The Hall of Fame was developed to pay tribute to athletes, builders and professionals who have made a significant impact on Canadian figure skating.

Cara & Sheri continue to bring their level of competitiveness, skating skills and enthusiasm to our skaters every day!!

Congratulations to the following winners from our Cash Calendar. Thank you to everyone for your continued support!

Below are the ICE Ignite Committee members.  Feel free to reach out to them with any questions.